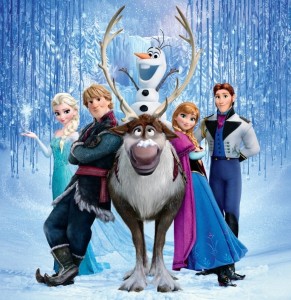 Everyone’s been crazy about Frozen since it hit the big screen on November 27, 2013. It’s been Youtube’s biggest parody craze since Twilight or Harry Potter. People from all walks of life have been making videos singing “Let it Go” and “Do You Want to Build a Snowman.”

From Doctor Who fan’s, to the on running joke of the unreliable google translate converting songs into barely recognizable lyrics, the soundtrack of Frozen has had it’s fair share of internet stardom. Here are a few of my favorite and not so favorite Frozen parodies.

Will You Help me Hide a Body

I have to say that this short video is my favorite parody so far. I lean more to the sardonic side of humor so I literally laughed out loud during this one. It’s clever, unique, and definitely hilarious.

Most Dramatic Do You Want to Build a Snowman

A friend showed me this one and she thought it was hilarious, as do most people. However, I find it mildly disturbing. There’s just something about a child screaming bloody murder that doesn’t exactly make me feel like laughing. Then again, that’s just me. If you’re like most people, who enjoy the sound of distressed children, then I’d definitely recommend it.

A friend showed me this one as well. At first, I didn’t believe that this was actually Mitch Grassi singing but apparently it is. The man has a ridiculous vocal range. I also appreciated the paper snow at the end.

A perfect example of how unreliable google translate is. Yeah, It’s funny, but I’m sick of the google translate videos. We get it, it’s unreliable. It’s a website created to translate one or two words for a high school spanish project, not an entire song into 24 different languages and back again. What could you honestly have expected?

I really liked this one. I stumbled upon it on the interwebs one evening and it was just so sweet it gave me goosebumps. Listening to all those women sing Let it Go in their own language really gave the song a sense of being. It’s crazy to think that people all over the world are singing the same song that’s been stuck in your head for months.

Do You Wanna Steal a Tardis

Steve Carrel Do You Wanna Build a Snowman

Real Life Do You Wanna Build A Snowman