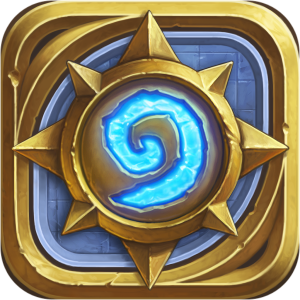 I sat down with Thomas Wallison, a 10th grader, who has told me a lot about the card game, Hearthstone, in the past. I know very little about it, but people say that, as a competitive Magic: The Gathering player, it is something I’d enjoy. So, I figured, since I was learning about it, maybe others would be interested in hearing what Thomas had to say.

When did you start playing?

“I started playing just about a year ago. I used to see ads for the game everywhere, and it seemed like something I’d enjoy, but I could never find the time for it. Ultimately, I saw an ad for the new expansion, and finally was able to find the time to sit down and play the game.

“I wanted to get into it because it seemed like a skill based game, with a lot of strategy, which was something I liked. It’s a free game, but most people pay money in order to get cards. I never did, though. I’ve gotten as far as I have without putting any money into it, and I’m pretty proud of that.”

How do you play this game?

“Well, you build a deck with 30 cards. You start the game, and draw a card every turn. You have two types of cards: Minions, which are like monsters that you use like an army, and spells, which can affect the game in many ways.

What kind of people would you recommend this game to?