From Instagram, the success of the late and great app Vine, and the rise of Snapchat, social media has been an outlet for people to express themselves as freely as they want in a video sharing format.

Recently, a new app for creating and sharing short videos has been surging on all platforms. This app is called TikTok. People enjoy these clips so much that they save them and upload them to other outlets like Twitter and YouTube compilations.

TikTok allows you to create a one minute video with your own audio or an audio clip from another video. This is common when people are doing trends/challenges. You can also use face and background filters and even add certain transitions to the videos you create.

Although it is just now making its mark TikTok was originally released in September of 2016. However, due to the success of a similar app titled Musically, it didn’t receive as much attention. Yet, with the official shut down of the Musically app in August of 2018, Tik Tok has been on a steady incline ever since.

Senior Meeghan Kersten has been an avid TikTok user since its release. She’s seen almost every challenge and trend and even makes her own content with her friends.

“I’ve had the app since Musically was around,” Kersten admits. “I enjoy making dance videos with my friends and I think that the app is filled with a lot of interesting people. Everyone has their own content unique to them.”

This quote reigns true, and it is evident with accounts like @lilhuddy and @kevboyperry. Although they’re not the most followed, they have accumulated a good amount of fans by making videos based on their aesthetic, following trends/challenges and comedy videos.

On the other side of TikTok, there are people whose content is strictly lipsynching and dance videos. With accounts like @babyariel, @lorengray, and @camerondallas who are in the top list of Tik Tokers, people can watch content that

However, a lot of these stars can attribute their success on TikTok to its predecessors. Cameron Dallas started his career on Vine while Baby Ariel and Loren Gray owe their success to Musically.

There’s a vast community on TikTok, and you might find the next big star on the #ForYou page or even if they don’t make it big, you might like their clever and quick-witted videos and give them a follow. If you’re more interested in popular content, you can easily search through a hashtag for specific videos.

Trending challenges and sounds on TikTok have made their own impact on culture. For instance, the popular country song “Old Town Road” by Lil Nas X made a big debut on the app. It was used in videos tagged #yeehawjuice, where a person drinks water and it is later revealed that it is “yeehaw juice”, turning them into a cowboy. There are over 786.5 thousand videos in this hashtag.

Senior Catherine Long mentions other ways that the application has made an impact on society. She sees that the app has a big influence on not only music but fashion as well. There has been a rise of new styles and aesthetics that have taken over TikTok and have transferred over to the real world.

“I think it has impacted culture like fashion and music in a way. Fashion is definitely a big one as the eboy, egirl, and softboy trends are now super popular. Music is a different thing, it impacts the memes floating around and not so much the radio. Though a lot of radio played songs are often heard on TikTok.” Long explains.

Eboy/girl refers to the term “Internet boy/girl”. They’re someone who tends to wear dark clothing and layer their outfits and have an angsty or brooding attitude. They tend to be more dark and unique but without actually being in the alternative or punk subculture.

Just like any social media platform, TikTok has caused some worries among certain masses. Parents and even certain countries are worried about the subject matter of some videos. Recently, India lifted its ban on TikTok and have allowed people to use it within their country. The reason it was originally banned was that it “spread explicit content and cultural degradation”.

Long understands this concern of inappropriate videos being created as she explains how she has seen some troubling content posted by younger users of the app.

“A while back young kids were on the app doing things that children shouldn’t be doing in my opinion. It was weird and uncomfortable to see so I always skip those, now TikTok has an age limit on it.” Long says, “Some content can be explicit but it depends on viewpoints, mainly it’s okay and just funny.”

In regards to cultural degradation, there have been some videos that make fun of people from specific races/cultures. However, TikTok tends to delete those videos and ban the creator of them quickly if reported enough.

“On my ‘For You’ page I don’t see stuff like culture degradation, but there is a big possibility it is there. I know sometimes content can be seen as racist or something of that nature. One of them would be this video that I’ve seen, the music was an upbeat song with Asian things, these white girls were on a bus and pulling their eyes back to give them what people want to call the chinky Asian look.” Long shares.

This isn’t anything unique to TikTok though. With the rise of new social media platforms and an ever-changing political climate, many people are given the chance to spread messages of hate and are given the opportunity to bully others. It is up to other people on the app to continue to make it a safe and welcoming place for everyone.

Overall, TikTok is an application that will only continue to grow and prosper. Although it has its flaws, it appeals to many different people and allows them to make a community for themselves. With content from creators who cosplay, people who are gamers, and even some who are furries, TikTok allows everyone to express who they are in a fast and fun video format. 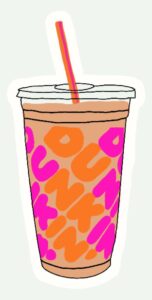 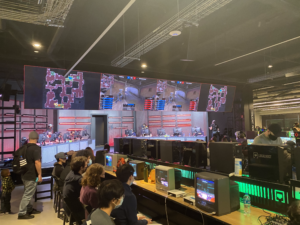 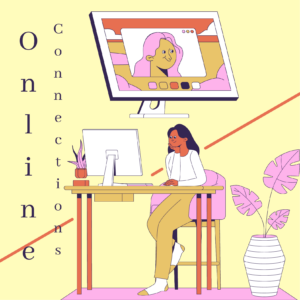 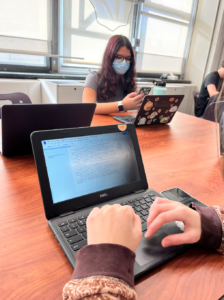 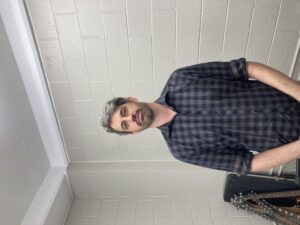