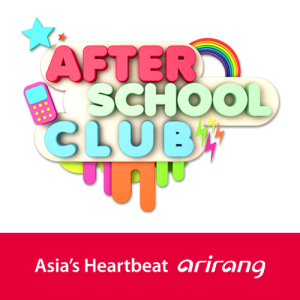 I have always been a fan of K-Pop. At first my fandom was more casual but recently I have found myself in a bottomless pit of K-Pop, and I have the web series After School Club to thank for it.

After School Club is a continuous web series where K-Pop stars come to have fun not only with the hosts and their members, but their fans as well. In this series, fans are given a chance to directly speak and have fun with their favorite artists. The hosts of the show are idols themselves, so they understand the struggle of wanting to have fun and are there with the guests to do so. The host consist of Eric Nam (Solo Artist), Park Jimin (Member of 15&), and Kevin Woo (Member of U-Kiss).

There are many shows out there in the world of K-Pop where they get to have fun and just relax, but After School Club has something special. Other shows have certain restrictions to what you can expose to the audience. For example, many shows limit how a person can act. If a person wants to act crazy, they should be allowed to, but shows other than ASC do not allow that. Not only that, but they do not have much communication between fans and artists.

If you are into K-Pop or curious to check it out, the show gives you a chance to look at artists and their personalities. You get a chance to see them being themselves rather than them acting through a music video. Of course, K-Pop stars have communicated a lot with their fans, but through ASC, fans get to ask them questions and tell them much they appreciate the artists. You get to have a personal connection with someone you look up to and you could not get anywhere else. In an episode with BTS (Bangtan Boys), a girl named Kayla Quiambao went on hangout with BTS and asked “I love all the songs of the Cypher tracks and I was wondering why there wasn’t a fourth Cypher on this mini album” (their new album”The Most Beautiful Moment In Life Part 2). They answered with “We are going to push you in and pull you back” (basically teasing the fans). From there she requested that they sing a part of “Dope”, which is a track on the mini album. Filled with energy, they excitingly did as requested. Throughout the hangout Kayla, along with BTS had the biggest smiles on their faces.

This is such a fun and upbeat show that you get a chance to enjoy and laugh along to. I enjoy watching this show because of the vibrant feeling it gives off. Artists such as BTS & GOT7 get to show off their goofy and loud side without any worries. I personally have never enjoyed watching artists get interviewed on shows because,  of how the environment and attitude that is being displayed, but not with this show. I actually enjoy it so much. Another show, Weekly Idol, is a funny show, and the artists that go on the show have fun, but sometimes the MC’s of the show tend to take their jokes too far to the point where the artists get hurt and/or offended.
I definitely recommend this to the many who are into K-Pop or want to give it a chance. You get a chance to hear the music these artists produce and you also get to know each member as they grow with their career. There are many other reasons for why you should check it out, but you would have to see for yourself.