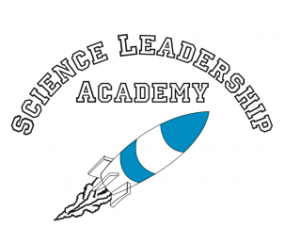 SLA has been open for only thirteen years — far less than many other high schools in Philadelphia. However, during that time the school has established a reputation for itself — one that encourages many students to apply in the hopes of attending.

Comparing SLA to other schools is a part of the process of becoming a high school student. But What do current students think about SLA since they´ve been attending here?

“It’s like a highly coveted school and a lot of kids want to get in, itś the only school that is project based and really don’t test that much. Most known for creative curriculum, ¨ said Junior Juliana Long.

Do people consider it a “good school?

”A lot of people think that we have a better system and believe Mr. Lehmann cares about us and the school is a really relaxed school, not really military based,” said Juliana.

SLA is a high school not like other high schools. Kids are able to freely sit in the hallways and catch up on work for classes, eat in the classes. Also, the school does not use a metal detector and uniforms aren’t required.

In comparison to SLA, Many Philly high schools are very strict.  Motivation high school and the Philadelphia military academy are two main high schools that are military based. Motivation, being one of the high schools, only five-hundred students attending, college rate of 60%, an attendance score of 4/10. A lot of physical incidents occurred during the time there. They also have a very strict uniform policy khaki/gray pants, white/navy blue/gold shirts, and ties. If the students didn’t wear their uniform they ´ll be sent home or have to sit down in the office for the day unless someone had what they were missing.

The Philadelphia military academy is a lot similar to Motivation high school. Has an enrollment of 247, 54% college rate, 3/10 attendance score and six incidents per hundred students. Based on the information given on Greatphillyschools.org.

Because SLA is new, many people in Philadelphia don’t know what SLA is about, or they assume it’s a school only based upon science curriculum.

“They ask what is it or they think it’s an engineering school which you have to explain. it’s hard because some people don’t know how to explain it.” said senior Brandon Hall.

SLA is not a very well known school in the center city area. Maybe because it does not look like your average high school.  American flags, the pledge of allegiance, it looks more like an office building when people often drive by it.

“They think the curriculum only focusing on science or think its a private school.” Senior Eric Valenti added. SLA does have a regular curriculum such as Math, English, History as well as science. Itś a project-based high school, meaning the grades are based on benchmark projects as well as your other subjects.

In the end, however, students don’t really care what outsiders think. ¨The majority of the students in the school love it so it doesn’t matter about a public reputation.”