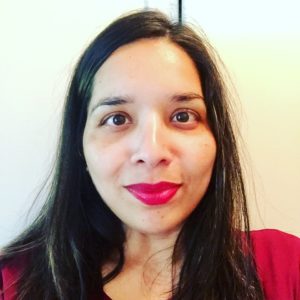 SLA’s newest teaching member is Biochemistry and Advanced Chemistry teacher Surinder Kaur. After working for the Camden City School District as the District Science Liaison, creating “Professional Development Training for 6th to 12th graders,” as she describes on her Linkedin profile, she joined the SLA community in 2017. She wanted to become a teacher at SLA  because of the inquiry based learning system that the school exhibits.

At the age of 11, Ms. Kaur’s family moved from Punjab, India, to the United States. When she first moved to the US she faced many challenges, including having to be part of the English Language Learners program at her new school for several years. She now speaks five languages: Punjabi, Hindi, Urdu, Spanish and English.

“Any time I have time off, I’m usually on a plane exploring a different country,”Ms. Kaur explained. In recent years she has visited Spain, the Dominican Republic, India and others,  countlessly exposing her to new cultures and traditions, and the injustices in the world.

Ms. Kaur expressed that for her and her family it was hard to live in the US, especially after 9/11. Being Sikh, a religion that was founded in the 15th century in Punjab, India, made them a easy target of Islamophobia, as many Sikhs are confused with Muslims. Because of this confusion, she considers it important to bring awareness of her religion, as well as Islam, because she believes that through education, humans can understand and respect each others beliefs. She displays her passion for equality through her Twitter posts advocating for human rights and expressing her opposition to discrimination.

She is also very passionate about giving a voice to students who were brought to the US as children without documentation. She wants to bring awareness to these students to hopefully “Bring in opportunities for them so that way they can flourish and be what they want to be in the US.”

“Regardless of which religion you are we all are humans, we all believe in humanity and we all want to be successful,” Ms. Kaur stated.

Even though Ms. Kaur is new to SLA, according to her students she is settling in well.

“She tries to teach us along learning the system, just like us, but overall she’s been very helpful with everything,” said Junior Ashton Reigner.

Ms.Kaur said her ultimate goal is for her students to fall in love with science so that they may go on to lead careers in STEM (Science Technology Engineering Math.) Her resume exhibits her dedication, with certificates such as a Master of Science, a Language Schools Certificate and a Doctorate of Education.

“I want students to question if they don’t understand something, I don’t want them to just be quiet,” Ms. Kaur stated. She also said it was important for her to let her students know that she is available to them during X band, before school and after school. This sends the message that she wants her students to be successful.

Ms. Kaur gave some advice to all students: “Try to take all the electives possible and, really, just try to get a taste of everything that’s available.”

As for outside of class, her advice to taste everything carries over: she recommended eating at Indeblue, which has a fusion of Indian and American food. She found this restaurant because of her love for food, which has led her to explore Philadelphia’s culinary world.