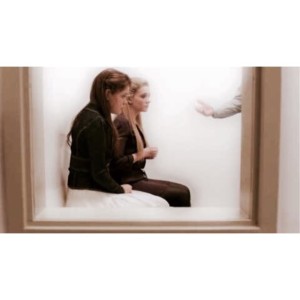 When there are terrible flaws in living, there must be consequence. Those who have lethal power to use against those who have not, are murders. Moments of time where these things happen is brutal. Of the brutal ways there are much to show to someone. Of those who do such it may seem as if they should be at the age where they are adults or even young adults. But rarely are there of those who are children or teens. Have you’ve ever questioned why these laws are they way they are? In which can be answered upon the government where in some places there too harsh and others not too harsh.

Well, such happened where there was a teen murder. This murder wasn’t just any kind of someone they knew, but the one whom was the closet, in which brought life unto them and they brought death unto, their mother. This first moment took place in Ontario, Canada. It may possibly seem ever so dubious of how such could happen there. For Canada is known for its fresh polite ever so clean freezing friendly people and calm beauty. For the people even say sorry in Mosh Pits. But it had happened and how? you may ask. Well, two girls the ages of 16 and 15, Sandra and Elizabeth Anderson drowned their alcoholic mother. After the murder, it was kept secret for a while, but In 2005, they were separated and sentenced 10 years in prison. However,  since they were under-aged at the time Sandra was released to a halfway house in 2009 and Elizabeth was released in 2010. Which is just 4 and 5 years of consequence for the sisters. After they were released, the Canadian government even protected their true identities and they were given new names.

Retribution amongst those who do wrong is to be seen as just. Depending on a crime, one does it to be fairly consequenced. Of the Canadian girls their punishments rather seems little and forgiving. Something that has a great difference among laws is the country that is South of Canada, here America. Once again, two teens have murdered their mean mother. These teens were twins at the age of 16, Tasmiyah and Jasmiyah. This happened in Georgia, where found was their mother, Jarmecca, stabbed and brutally beaten laying in her own pool of blood. After this moment happened, the two were carried with a life sentence without parole. This happened in May, 2010.

As you have read, the laws upon these kind of countries are seen as highly unfair because one case has protected, and given the young more life to live and find themselves, while the other has not. “So, what is the appropriate punishment for minors who murder?”, you may ask. Well, there is no true way of to say how one country is to govern their self, but there is infact say of how one should govern them self for this matter. . In fact based upon these two situations, there should be a least amount of years where minors should be punished, which seems to be fair at the number of 6-7 years and for of most years is seem to be as 10-11 years. In which of these kind of cases are to be given punishment of where the minor should realize their wrongness, and once they have to be able to, then have the opportunity to change, and not be stuck with their mistakes of the past, until they’re helpless or even taken by death.