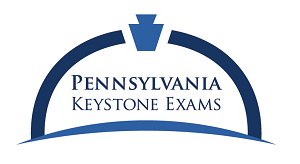 The entire junior class of SLA recently took the Keystone Exams in Math, Literature, and Biology.

The PA Keystone Exam is a new test, replacing the PSSAs. They are supposed to be able to assess students abilities in a way that other tests haven’t. Because it was new test, teacher’s and students alike didn’t know what to expect.

Another aspect of the Keystone testing is if you score anything other than Proficient or Advanced, you are required to take the test again. For the current freshmen, sophomores, and juniors, it is not a graduation requirement, but it will be for the current eighth graders who will be the incoming freshmen.

What does matter about the tests is that they count for the school to make Adequate Yearly Progress, which is mandated by the No Child Left Behind Act that schools and districts must show annual progress . If the school does not make AYP, then there will be some major changes. One of the reasons the school is allowed to stay project-based is because we do just as well as other schools on tests.

So how did SLA do on the Keystones?

Only 22% of the juniors passed the Biology exams, and over 80% of them passed both the Literature and Mathematics exams. This means that most juniors will be retaking the biology tests in May.

The general moral among students is high. They accept that standardized testing is something that will be ever present in school.

“From middle school we took the PSSAs so that high schools could see how we do test taking-wise. But we can’t use the Keystones to get into college, so what’s the point?” say’s junior Morgan Taylor. “But then again, we should use it because it shows the school district how well we’re doing in the school.”

The sophomores and juniors who need to retake the tests will be taking  the algebra test May 14, the biology test May 20, and the literature test May 16th. They will receive their results in the summer.