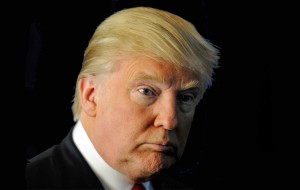 This election season has been an interesting one. I’m not going to lie, I have been more informed than ever before and the only reason is because of the lovely republican candidate, Donald J. Trump. I have watched every debate and the contrast between the Republican Party and Democratic Parties is drastic. Instead of thinking of these candidates as possible presidents of the country, I’ve looked at them as students running for president of their school.  Each month we’ve seen candidates dropping out, lots of them voicing their support for Trump. This shocked me; they went from fighting to keep Trump low in the polls to rallying behind him. Throughout the early primaries it was clear that Trump  got most of the delegates. Now everyone besides Trump supporters are faced with a huge problem, Trump is the only Republican candidate.

For a while there was talk about a contested convention where Ted Cruz and John Kasich would run together and hopefully win the nomination. However, after Ted Cruz’s loss in Indiana he dropped out of the race, but not without a fight. He tried many things to insure that Trump would not become the nominee, but none worked. He began by making a pact with Kasich, which would allow Cruz to focus on India and Kasich to work on the later states. Cruz also gained support from former runner Carly Fiorina. This, however, was also a bust. The Republican Party’s worst fear was coming to light, an outsider would be heading their party in the fall elections.

The most memorable part of the republicans primary race has been the fire between Cruz and Trump. There has been a lot of heat and back-and-forth fighting. Now it is all over; we no longer have to listen to debates or speeches by the candidates attacking one another. Trump took a moment to acknowledge Cruz and appreciate his former running mate but quickly switched gears to attack former Secretary of State Hillary Clinton. America is left with a big problem, the man we all thought would fizzle out and be looked at as a joke is the republican nominee and there is no one that can step in his way.