As of right now, the NFC East and the AFC South are taking advantage of the playoff system. Every year since 2010 besides 2012, there has been a division winner with eight wins or less along with a team with a better record who was unfortunate to not make the playoffs in result. In 2010, a losing Seattle Seahawks team got lucky enough to earn a home playoff game against an 11-5 Saints team. The game was won by Seattle which was a crime to have them apart of the playoffs. The 10-6 Giants and Buccaneers missed the playoffs despite having 3 more wins than the Seahawks. The Seahawks were entitled a home playoff game, which in CenturyLink field makes all the difference.

In 2011, the Denver Broncos clinched the playoffs in the 4th seed with an 8-8 record. The result left a superior Tennessee Titans team from the postseason and once again… entitled Denver to a home game against the Pittsburgh Steelers. This game was in Mile High stadium. The Steelers at the were 12-4 and had players sit out because of the inability to breath well enough to play in Denver. The Broncos won a game that should have never occurred. This with the exception the 2013 Green Bay Packers eight win team means every losing team team to get a home game in the postseason walked away victorious. The NFL can’t let teams get in the playoffs solely because of ratings and the region of the country they happen to be in.

In the present moment, the NFC East and AFC South have all four teams without a winning record. Right now that means 2 divisions in the NFL make for over a third of the losing franchises. These divisions all have multiple teams within striking distance for a playoff spot. For any of these teams to have a better record than their wild card competitors, those teams would have to lose for the rest of the season and the NFC East and AFC South teams would need to win their games.

The Colts and Texans, currently tied for their division have shown that they can’t compete in quality games. Yes, the Texans got the best of the Bengals and the Colts took down the Broncos but there i no other game that convinces you they deserve to win. The Colts in the past two weeks have been outscored 96-26. That’s an average of being beaten by 35 points per game. The Texans have lost three times by 21 or more points. The Texans have only beaten two winning teams. The Colts have beaten one winning team and have a worst 10 team in every major offensive or defensive statistical category.  It’s a shame that one of the Chiefs, Bengals, Jets or the Steelers will miss the playoffs with being superior so one of these bad teams get a home playoff game. 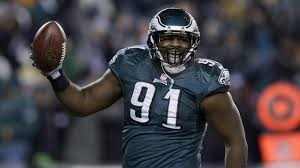 Onto the NFC East, which is just as bad if not worse than the AFC South. The three competing teams, the Giants, Redskins and the Eagles. The Giants have the worst ranked defense in the NFL and it isn’t very close. Offensively the pose a poor running game with a one dimensional passing attack which leads to the not being able to finish games. The Giants have beaten no winning teams while having a very easy schedule and they have only played two good teams. This team has shown that they are not worthy of being a playoff team. Now the Eagles, Chip Kelly seems to be hated and loved on a weekly basis. This team is using popsicle sticks to fix their offensive line injuries but it is still no excuse for being dominated in countless games. When your special teams is several times better than any other component of your team it’s depressing. The Eagles have more potential in this division but Sam Bradford can’t even show that he can be a game manager. Lastly, the Redskins led by Kirk Cousins and not Robert “sweats and clipboards” Griffin III have done just enough to get to 7-7. The Washington Redskins also have not beaten a winning team and finally won a game on the road against a bad Bears team. The Redskins lost to a Dallas Cowboys team a week ago on a muffed punt and more importantly Matt Cassel. On the field that offense looks like is couldn’t score on the Alabama Crimson Tide. This division has a combined 19 wins. The next worst division not named the AFC South would be the AFC North with 25 wins, who have the Browns.

I suggest the NFL make a new playoff format. There are two systems that would be preferable but I prefer an eight team playoff system. With divisions getting a team in but they must earn a top spot, they can be placed anywhere. This would bring a true bracket. All good teams would get in and earn a spot to really see who the best is. No more bye weeks, just more football. It would make for an exciting weekend. Three games saturday, three sunday and two more monday. This would be similar to the NBA format, but unlike the NBA the NFL is more competitive, where you don’t already know who’s going all the way.v 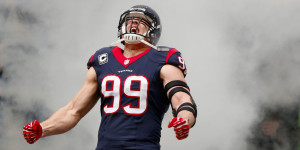 What would this look like? It would look like the best against the worst based on conference order. The bracket would mean the best team has the easiest road to becoming champions. As it stands now, if a 16 team playoff occurred it could be a bit unique. The Pittsburgh Steelers, Buffalo Bills, Tampa Bay Buccaneers and Atlanta Falcons would all qualify for the playoffs. The Washington Redskins and Colts would make it as a lower seed due to tiebreakers. This would bring more hungry teams into the mix to become champions.

In the NFL, lower seeds have won championships. In the past 25 years, three have came to become the champions. The 2005 Pittsburgh Steelers, 2007 New York Giants, and the 2010 Green Bay Packers. These teams, like others had to fight to earn a playoff spot just for the chance to be great. More teams need this chance.

The NFL can’t sit by and reject the truth, division champions in poor divisions shouldn’t be entitled home playoff games when the team they play is far superior. To get into the postseason is an achievement, so let’s make it one. No team should be entitled a spot just because they sucked a bit less than their division rivals to leave a great team going home. The NFL can’t expect people to be satisfied with the competition until the rules are changed and the postseason is expanded to 16 teams.