A Year in Review- Sports Talk with the Straight Shuter 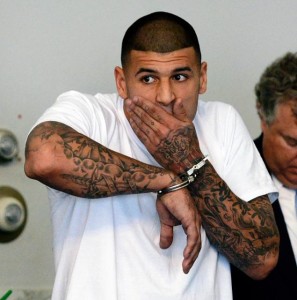 2013 was a great year everywhere, even in the world of sports. There are so many eventful things that have happened that it would be impossible to name them all. For this article we are going to look at my top ten events from 2013 and then the top ten things to look for in 2014.

10. The Blackout in the 2013 Super Bowl astounds the teams, and completely changes the direction of the game. Some say that it helped the Baltimore Raven in their comeback and victory over the San Francisco 49ers.

9. The Red Sox win the World Series and prove that Boston is still strong after the bombing at the Boston Marathon.

8. Eagles comeback from a large deficit against the Detroit Lions. The crazy part is that it was in a blizzard. It is now known as the Snow Bowl.

6. Giant PED scandal where a biogenesis clinic admits to giving PEDs to certain baseball players. The most notable players caught are: Ryan Braun; Nelson Cruz; Everth Cabrera; Johnny Peralta; Antonio Bastardo; and Alex Rodriguez (A-Rod). A-Rod is currently trying to appeal to the courts so he is not suspended, and his career is not ended.

5. Auburn stuns undefeated Alabama in the Iron Bowl. They won on a returned kick with zero seconds left. Here’s the catch, the kick was not a usual kickoff, Alabama was kicking a field goal so that they could win the game, but it was short. The awaiting player from Auburn caught it short of the field goal post and ran it back to win the game.

4. A bomb goes off at the Boston Marathon stunning all of America. The initial reaction was terrorist attack, but it turned out to be local americans.

3. Peyton Manning breaks the record for most passing yards and touchdowns in one season. It is known as possibly the best season by a quarterback in history.

2. Aaron Hernandez is arrested for murder of his friend, shocking people everywhere. None were more surprised then his teammates and coaches over on the New England Patriots.

1. Lance Armstrong admits to using performance enhancing drugs in his races. Armstrong was a hero to many after doing the impossible and overcoming his cancer and then becoming possibly the biker ever.

Lets take a look at the tops ten things to look for in 2014.

It’s been a great year, and let’s all look forward to another great year in the world of sports.