No More Slurs in NFL 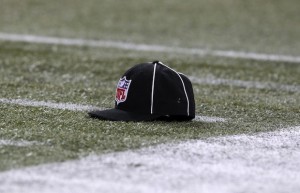 It is a well known fact that during professional sports, especially intense ones like Professional Football, racial slurs are thrown around by players and officials alike with no regard to the real meanings behind these words. The most notable being the “N-word”.

An equality, and diversity within the NFL, group by the name of the “Fritz Pollard Alliance” (FPA), hopes to bring this on-field racism to an end.

Back in November, in an open letter to the NFL general counsel, the “Fritz Pollard Alliance” expressed its desire to have fouls called on players and coaches who are heard using racial slurs during games.

“[W]e believe that the League can address this concern by instructing Game Day officials to step up enforcement of Rule 12, Section 3, Article 1(b) of the League’s Playing Rules, which prohibits the use of ‘abusive, threatening, or insulting language or gestures to opponents, officials, teammates, or representatives of the League…… Directing the ‘N’ word towards others in a place of work is abusive, threatening, and insulting. We believe the League should authorize Game Day officials to use graduated discipline with warnings, 15 yard penalties and ejections as appropriate.” (FPA)

Now, 3 months later, the FPA may end up getting exactly what they wanted. In a owner’s meeting next month, FPA chairman John Wooten, will be presenting his case and it looks as though there’s a very good chance that he will get his way.

“I will be totally shocked if the competition committee does not uphold us on what we’re trying to do. We want this word to be policed from the parking lot to the equipment room to the locker room,” Wooten said, according to CBSSports.com. “Secretaries, PR people, whoever, we want it eliminated completely and want it policed everywhere. I think they’re going to do what needs to be done here,” he said. “There is too much disrespect in the game.”

After a thrashing win over the United States women’s hockey team in the finals yesterday and the men’s hockey team today, Canada has all the right in the world to talk as much trash as they want. But the question remains….

Would hockey have still not mattered had the U.S won? Does the fact that hockey “doesn’t matter” cause this diss from a Canadian Bar in Halifax to sting any less? Does pain and suffering make tears sweeter? Does one gain any nutritional value from drinking tears?

Either way, it’d be great if Canada would at least take it easy on America considering they already beat us in Vancouver in 2010. Let the U.S live, Canada!

Prior to the NFL Combine, defensive linemen Michael Same made news by proclaiming to be the first “openly gay draft prospect in NFL History”. He clearly knew what was going to come from that statement, and was primed and ready for the media attention he would receive at this year’s combine. He faced every question with poise, intelligence, and maturity.

When asked if he’s worried about the reactions form teammates, opponents or fans, he simply responded with; “No, not at all. I’ve been getting a lot of great positives from all kinds of fans. And when I’m on the field, I really don’t focus on fans. I’m focused on my responsibilities, such as the guy across from me.”

And when asked if he’d be okay if the Miami Dolphins selected him, he was clear that he — ironically enough — refused to discriminate. Even though the Dolphins organization has many more problems in it than Sam … no matter what your beliefs may be.

The only problem lies with the simple fact that he has caused massive amounts of media attention, but isn’t anything more than a 3rd round pick, if at all. General managers throughout the league have to be wondering whether or not he’s worth all of the negative attention their team would face from media and fans. If he were a clear star then their would probably be no problem at all, but the fact that he’s nothing more than sub-par on an NFL level causes extreme and understandable resistance.

Dunk of the Week

With the start of our weekly spectacular NBA dunk, we go to Memphis Tennessee where Forward, James Johnson threw an off the backboard alley-oop to himself…. In traffic.

And this dunk wasn’t purely just to be fancy. He was left in a position where he would be forced to shoot a very awkward shot, or throw down a once in a blue moon, highlight dunk…  We’re all glad he chose the latter.