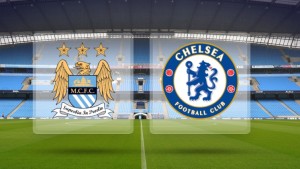 On January 31, 2015, the two teams atop the Barclays Premier League (BPL) standings table met at Stamford Bridge, in Fulham, England. Chelsea has been at the top of the League table for most of the season, but if Manchester City were to win this clash between the respective clubs, the three points that they would receive from winning, would put them within four points of the league leaders.

Chelsea had an abundance of confidence coming into this game, after beating Liverpool four days before in a Capital One Cup semi final fixture. Chelsea took a big blow to their starting eleven in that game with star striker Diego Costa being thrown out  because of his altercation with Emre Can, in which Costa stomped on the hand of the versatile midfielder. That led to Costa missing the game against Man City. Cesc Fabregas, also missed the game because of a hamstring injury.

Man City was unable to showcase their new striker, Wilfried Bony, who they transferred for in the Winter transfer market for a large transfer fee of 25 million pounds, which is a little bit more than 38 million US dollars, in this competition because of his participation in the Africa Cup of Nations for his national team, Cote d’Ivoire or simply the Ivory Coast. His new teammate on Man City, Yaya Touré is also on national team duty and will miss this game.

Loic Remy, opened the scoring for Chelsea with a volley from midfielder Eden Hazard, who crossed the ball into the six yard in the 41st-minute for the score. Man City, trying to get a goal before the half, hurried down the field and leveled the game with a goal from attacking midfielder David Silva, to bring the game to a tie before the half.

The 1-1 draw would remain the same, after the final whistle was blown in the second half of the game.

The average soccer fan in America should care about the outcome of a game in England because of the quality of soccer in England. The BPL is one of the most competitive sports leagues in the world and no result is guaranteed week to week. Some of the hero’s from the 2014 FIFA World Cup run in Brazil play in this league, such as 2014 World Cup standout Tim Howard, backup goalkeeper Brad Guzan and Geoff Cameron. American’s have the opportunity to see their national team players, play club soccer.

Chelsea is on top of league but Man City still has a chance. Although Chelsea and Man City have fourteen league games remaining and nine of the fourteen games are against teams in the bottom half of the league table, Man City has tied with Chelsea during both matches played this season. Chelsea still has the lead over Man City in goal differential, if the two were to end the season in a tie. Bony will make his anticipated debut for Man City in the coming weeks, along with Touré returning to the starting eleven. Costa will return to Chelsea’s lineup as soon as his three game suspension is over with, for now Chelsea has lead but will it last?