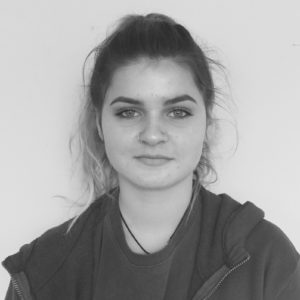 During election season, politics is the talk of the country, but even more so for this year’s election. The rivalry between Donald Trump and Hillary Clinton has been all over the media. The difference of opinions has split the country. The country went out and voted for who they believed could run our country for the next 4 years. Apparently that is Donald Trump. But does the majority of the country really want him as president?

I have a confession to make: I was not so into politics, I thought it was a tricky topic to talk about. I knew that [describe what you DID know about the election, but I was turned off by the whole thing because [describe what candidates did or said that worried you]. There has been bonds broken over this election. This topic of discussion has been eating people alive and has started social media riots.

Even though I wasn’t paying much attention during the election, I was still surprised when Trump won because… When the election results came out, I decided it would be worth talking to other people like me — who hadn’t taken the election that seriously prior to November 8th.

What did those people have to say?

So what conclusions did I come to after talking to students?

After talking with students, I saw how passionate some were and how uninvolved some were. With that being said, everyone has a different pace and different way of going about things.

The way people sometimes go about things while trying to change someone’s opinion, if they are strong about it, is difficult. If you didn’t know already, people are very stubborn, and trying to demand a vote for Hillary or Trump from another being, is a hard task to conquer. Trying to inform people is a good step, and trying to get people more woke is an amazing step as well.

So why is it good to stay educated on the topic of politics?

Being a good citizen of the U.S. requires active participation when it comes to politics. The habit of constantly shutting out important topics of the nation has progressed over the years. I have gone through not knowing enough about what has been going on, and I have learned a lot from it. Being surrounded by so many people who are involved in the news have opened my eyes. I enjoy debating on politics, because it gives me a different point of view, it is exciting. Even though I will not have the option to vote until the next voting season, I will stay on top of what has been occurring in our political world, instead of hearing the opinions from others.