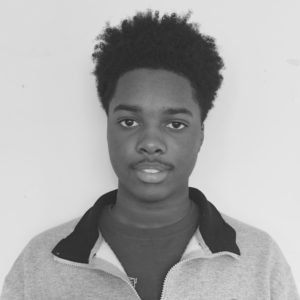 As of September 2016, it is legal for employers to discriminate against people with dreadlocks. The 11th U.S Circuit Court of Appeals ruled that it is not racial discrimination for an employer to ask a person to get rid of/change their dreadlocks.

The decision/ruling came from a case involving Chastity Jones, an African American woman working for an insurance company. She sued the company after her white manager told her to get rid of her hair because “they tend to get messy.” The Civil Rights Act of 1964, which “prohibits employment discrimination based on race, color, religion, sex and national origin”.

On September 15th the appeals court ruled 3-0, ruling that the company’s action did not violate Title VII of the Civil Rights Act of 1964.  The law prohibits only discrimination on the basis of “immutable characteristics,” such as “race, color, or natural origin,” the court found: A “hairstyle, even one more closely associated with a particular ethnic group, is a mutable characteristic.”The court asserted that no hairstyle is intrinsically linked to a race, since hair can be changed.

I do not agree with the passing of this law, it does not sit well with me. How is it illegal to discriminate against someone’s race, color, religion, sex and national origin; but something as simple as a hairstyle can be the determining point if someone gets a job or not?

While I don’t wear dreadlocks myself, I have friends and relatives who do.

“Personally I don’t think I have been discriminated against for having my dreadlocks but employers always tell me to wear them tied up and out of my face,” said my older brother Kamal. He has been told that “if the dreadlocks come pass your shoulders employers will make you put them in a bun or rubber band.” “It depends on the job as well because if you go for a business job, looking neat is necessary,” said Kamal.

My uncle Craig who has dreadlocks that are much longer, says that it is hard for him to find a job. He is also much older than my older brother Kamal which leads me to think that there are some other factors that play into getting a job than just dreadlocks.

The different experiences of my brother and uncle show the range in ways that people can be treated. Telling someone what to do with their hair is different than telling them to get rid of it. I think it is reasonable for an employer to tell a person — especially in a business environment or a fast food place where it matters — that they have to wear their hair a certain way. However, refusing to hire a person because of the style of hair they have is just inappropriate, unprofessional and unfair.

Hairstyles that are traditionally associated with white people are rarely banned in professional environments. Yet corporate offices and even the U.S. Army have debated whether Afros, dreadlocks, and cornrows are “work-appropriate.” The passing of this law determines that it is no longer about professionalism it is about race.