For years, The School District of Philadelphia has teamed up with an organization called “Eat.Right.Now”, whose vision is to “end hunger and improve nutrition and health.”

This year, they came to Science Leadership Academy for the first time but their agenda didn’t exactly go as planned.

During one week’s program, advisories were given plain bags of arugula.

At first, members of the Estey advisory thought that this was a weak attempt for Mr. Estey to provide his advisory snacks. This would’ve made sense because many students had complained that they wanted snacks in advisory.

“Mr. Estey, you brought us grass!” Sophomore student Raymond Rochester exclaimed when he 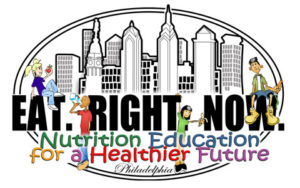 saw the bag of limp arugula sitting on a table.

Students later learned that many other advisories had received bags of arugula as well. They learned that the Eat.Right.Now initiative had supplied SLA with those bags, which left students confused. For an initiative that boasts a fifteen year run of “providing nutrition education for a healthier future”, their best idea was bags of plain arugula?

Interestingly, a development in Philadelphia gave SLA some answers about the different angles to Eat.Right.Now’s programming. The high school program is managed by Allison Haughney, a program manager for the Eat.Right.Now initiative, who works in the Department of Nutritional Science at Drexel University. However, there is a more complex version of the program run by ten full-time teachers for elementary school students. These teachers have worked with the Eat.Right.Now initiative for 15 years and helped build a strong foundation for the program.

What’s more, The Eat.Right.Now initiative’s ten full-time employees have recently been forced to write up a petition to the School District of Philadelphia to keep their jobs. The ten employees would be replaced by fourteen employees who would be paid less. The school district is vying to replace the ten employees because it would save money. The replacement employees would cost less to pay because they’d only work part time. According to a petition from the ten existing employees, tearing them away from the program would “take away all the experience, expertise, and the long, successful relationships built over many years with students, school staff members, and the communities they serve.” They are asking the school district to “keep our experienced, excellent nutrition educators and keep the Eat Right Now program a success in so many of our schools.”

If this were to happen, the Eat.Right.Now initiative would much less successful than it has these last 15 years. Even though SLA seemed to get the short end of the stick with the initiative, other schools benefit heavily from this program, especially for lower income students. The initiative provides students with healthy recipes on their website for food that students can cook at home, school trips to farms, a program called ‘Eat the Alphabet’ that every week for 28 weeks allows them to “learn about a new healthy food that corresponds with a letter of the alphabet.”

Even though SLA students were not impressed with the high school version of the program, this program is popular among  younger students and has made a strong impact on public schools around Philadelphia. Sign the petition here to keep the Eat.Right.Now initiative as influential and successful as possible.