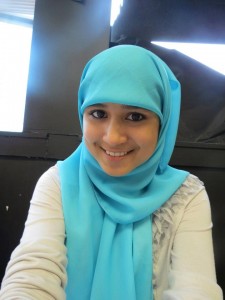 By Jacob Lotkowski
Staff Writer
This interview is a part three of a three part personal interview series on what religion means to students in our school. This series sets out to answer what role religion plays in our lives and if how we think about religion has changed as we have grown through grade school and moved onto high school.
Jacob Lotkowski: What religion were you raised as?
Jasmin Hussain: Muslim–I think we’re called the Sunni Muslims. A lot of Asian countries are Sunni and the Middle East is divided–some are Sunni and some Sheiite–but I’m a Sunni. We follow the prophet Muhammad.
JL: How Strong are your families beliefs?
JH: On a scale–like eight or nine.
JL: What was that like growing up?
JH: Growing up I had a lot of freedom actually. There are a lot of holidays involved with bring a Muslim. There’s Ramadan which is like fasting, then we get to eat after–which is my favorite part.
JL: Do you still feel a connection to your religion?
JH: Yes definitely.
JL: How have your feelings about your religion changed?
JH: When I was younger I took Arabic classes and tried to read the Qur’an. I was brought up in a Bangladeshi culture so we would read it and later we would learn translations. As a kid I didn’t know what I was reading, but as I got older I wanted to know what I was reading so I started looking up the meaning behind the texts so that’s what has changed.
JL: What are some customs of your religion that you want people to know about?
JH: We pray 5 times a day. There is one month of fasting that goes by the lunar calendar, so it changes. At the end there is a holiday–it marks the end of Ramadan. Then there’s the Hajj which is in Mecca. I’ve never done it–I’ve gone to mecca when I was little but never participated. Then there’s charity which is a principal of the religion.