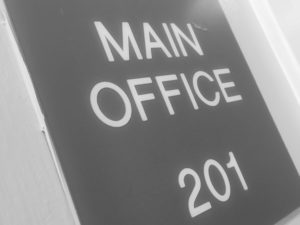 According to the School District Of Philadelphia, the only way a student can be expelled from any Philadelphia school is by violating of the Code Of Student Conduct. In practice, it’s simple, a student violates one of the rules and they receive an expulsion referral from the school, easy. But not every rule in the Code Of Student Conduct can constitute as grounds for expulsion.

Different rules listed have different capacities for punishment, on a 1-to-5 level, with the 1 being In-School Interventions and 5 being Expulsion Referrals.

If a student violates Rule 1D, general unpreparedness, can only, in the worst-case scenario, result in In-School Inventions. However only four slots down on the list, Rule 5B or the inappropriate use of electronic devices, can constitute grounds for a student’s reassignment to a disciplinary school with expulsion.

It can be a blurred when deciding what level of discipline a student will receive when they violate a rule.

And with only XX cases of expulsions since it’s opening, Science Leadership Academy hasn’t had the opportunity to intimately learn the rules. But as a newer, less-traditional school, SLA has garnered a reputation for being less likely to turn to expulsion as a disciplinary method.

So, how does a student manage to get expelled from SLA? Most students asked didn’t have concrete answers or specifics.

Amanda Boli offered, “You’d have to do something really bad, like throwing things at a teacher or threatening another student, something like that.”

“I think you need to do drugs, or harass someone, or maybe hurt a teacher.”

Others agreed that SLA had a more forgiving attitude when it comes to expulsion.

“I think that you’d have to do something very extreme,” guessed Leon Finney, “Like curse at a teacher, perhaps a fight depending on the circumstances.”

Finney continued, “I think SLA gives students a lot of leeway, it’s really hard to get expelled, they’re give you multiple chances.”

Most answers circulated this format, an SLA student would have to do something either violently extreme or physically bring drugs into the building.

A clear answer was only given when Co-Principal Chris Lehmann “We try really hard not to expel students.”

Lehmann continued, “Generally, if you do physically injure another student, if you were start fights, if you were to make it unsafe for other students to be here in a way that is repeated and you were unwilling to work towards changing that behavior.”

Co-Principal Aaron Gerwer backed Lehmann in a separate interview, stating, “It depends on the situation, I think for me it’s when it’s not safe for someone to be here anymore, for the community.”

So while the answers students gave about expulsions at a district level may not be as descriptive as needed, they do alright with what can get them kicked out of SLA.

Even if the chances of them being expelled are slim.