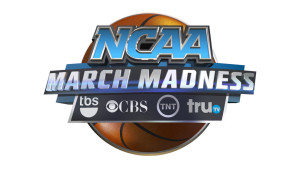 Just a little more than a week ago, March Madness wrapped up yet another eventful and exciting couple weeks. Here is a look into my personal awards of the tournament.

Who saw this game coming? The Wolfpack were quite shaky entering the tournament, carrying an 8-0 record in the month of February. And the Wildcats were a stellar 32-2 entering the tournament, the most consistent team outside of Kentucky. They had senior poise (JayVaughn Pinkston) and staggering talent (Josh Hart), but more importantly, they played as one. Their fantastic team play pushed them through the adversity they faced. If they were going to lose, it would be to a stellar team such as Duke or Virginia. No one saw them defeated by the struggling and unimpressive NC State Wolfpack.

Winslow has been overshadowed all year by the fantastic play of potential number 1 draft pick Jahlil Okafor. But Justise was unstoppable throughout the tournament. He shot above 60 percent in 3 of his 6 games during March Madness, and he also added 2 double doubles. He scored in double digits in every game but the opener, when he only played 24 minutes, a tournament low for him. While Tyus Jones was great in the championship, he was not as consistent as Winslow through the entirety of the six games.

Baylor led by 12 with 2 and a half minutes to go in the game. It was a heroic effort, 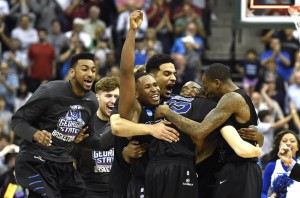 but the Georgia State Panthers could not compete for the full 40 minutes. That was the storyline, until the 14 seeded team stormed back to upset the 3 seeded Baylor. Down by 2 with 15 seconds to go, the Panthers got the ball into their half court. The clock ticked and they looked shaky as they tried to find the best shot possible. But with 3 seconds left, there was no more time to work the ball around. TJ Shipes got the ball at the top of the key and handed it back to the coach’s son, RJ Hunter. He set up two steps behind the 3 point line and fired a long jumper. Buckets. Throughout the entirety of the game, Coach Ron Hunter had been sitting in a chair because of a cast that suffocated his foot. But as his son hit the game winning shot, he could not contain himself. He fell off the side of the chair and squirmed on the floor out of celebration. What a better story then an underdog coming back, hitting a last second shot which happened to be made by the coaches son.

Kentucky was 34-0 throughout the regular season. They were unstoppable. Anything less than a National Championship and a 40-0 record would be nothing more disappointing. They lost in the Final Four, and despite their fantastic season, it was a let down for the entire Wildcat nation that they did not bring home the title banner.

A game for the ages. These two basketball powerhouses squared off in one of the best matchups all year. The outing was close the entire game and no team ever had complete control. Kentucky was fierce down the stretch and traded baskets with Notre Dame. But the unsurprising late game heroics of Andrew Harrison sealed the deal for the Wildcats. The game was filled with fire and competitiveness. Both teams played with heart and desire. Zach Auguste was spectacular and beat up the fantastic front court of Kentucky with 20 points and 9 rebounds in just 27 minutes. It was fun to watch these super talented squads square off and play their hardest.

UNC loses only 3 seniors. Neither played a plethora of minutes. Next season they return everybody who averaged above 10 minutes a game with the exception of slasher JP Tokoto (declared for draft). This team has perimeter scorers (Marcus Paige, Justin Jackson) and inside bangers (Kennedy Meeks, Brice Johnson). As of now, their recruiting class looks a little light, but no need to worry, the returning players are more than suitable to contend. And the bottom line is, Marcus Paige is the best player in the country with the game on the line. With his star power (14.1 points per game) and strong role players (Meeks: 11 ppg, 7 rpg. Jackson: 10 ppg, .48 fg%) to complement him, the Heels should be a tough out come March.