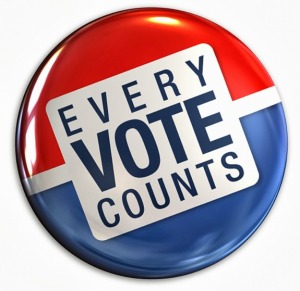 If you aren’t aware, Philadelphia will be having a Mayoral Primary Election in May of 2015. Since the Mayor is almost always a Democrat, the primary is like the general election, so this vote matters.

The current Education crisis in Philadelphia have been shown to be one of the main concerns of both students and citizens in general. Will this Mayoral Election help with the education crisis at all?

So, what does the SLA community think about these candidates?

Mr.Block and Ms.Jonas are history teachers at SLA. With their background as a history teacher, SLA media have gotten some of their views and opinion on the Mayor’s Election.

Ms. Jonas felt a bit different from Mr.Block on the Mayor’s election.

“It’s exciting, we haven’t got a new mayor in about 8 years. Its an important time for Philadelphia. Mayor Nutter have been a cheerleader for the city and have done a lot of great things,” Ms. Jonas said. “

SLA community thoughts on the link between the Mayoral election and it’s impact on Philadelphia’s public school education.

“The mayor only controls part of what happens with school, I don’t think that the Mayors election alone can change the situation, but the mayor can do a good job advocating it,” Mr.Block said

Ms. Jonas had similar opinion to what Mr.Block said.

“We have to be very careful with primaries election. There are more democratic and not many republican trying to run pPhiladelphia they know they probably won’t win because Philly have people who are more supportive towards democracy.  In May, it’s important we go out and vote for a candidate that is for education.”

As for who they are voting for, their opinions also differ.

“I remember Lynn Abraham when I was growing up, but I was in the younger generation so I didn’t payed much attention. It’s exciting that there are women running. Never had a female mayor. Most importantly, we also should look at what they stand for and what they did in their past political lives,” Ms.Jonas said.

Mr.Block had a different view on the candidates that have been declared.

“ I want more candidates because I’m not really excited on those candidates. I can’t really relate to most of their visions. I think someone should have a way to draw people into more positive ideas for a change in the cities. I would like to see a positive leader for many different types or people. It ddidn’tseem like the candidates put a lot of ideas out yet but I am curious to see on what they have coming up. I have high hopes, I hope that some good candidates will emerge,” Mr. Block said.

“We should pay as much to Mayors election as Presidential because local politics are often  an impact on our day to day lives, then Presidential politics do,” said Ms.Jonas.

Adults and students in Philadelphia should be more aware of what’s going on and the changes that are promised by the candidates. Don’t forget to keep up with updates on the Mayor’s election in May of 2015.