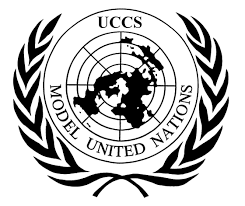 Model United Nations is just what it sounds like — a simulation that gives students  the opportunity to debate and discuss issues of the past and problems of the future with others from around the globe. This is a great way for students to learn about diplomacy, international relations, and the United Nations. Students receive topics that will be discussed at conferences and must do extensive research, as well as learn and understand the position their country would take.

Model U.N. is a like a role-playing game. Students are assigned a country and a focus. Playing this role gives them a sense  of what it would be like to discuss these topics with other nations and come up with resolutions.

This year, four SLA students were chosen to participate in the model U.N. conference in Vancouver, Canada. It was a 3 day long international conference. Only ten students total were selected to join from Philadelphia. These 10 were chosen out of 50 applicants! This conference only contained two cities from the U.S. (San Francisco and Philadelphia) the rest were from Vancouver and other surrounding cities in Canada.

Sophomore Gabrielle Kreidie was one of the youngest participants at the conference. “I have always been very interested in the United Nations, last year my good friend, Nikki, told me about this opportunity and I was very excited to join.”

Out of 50 applicants, Gabrielle Kreidie, Nikki Adeli, Julian Makarechi and Anna Surgue were selected to go to Vancouver and debate.

Kreidie represented the National French Revolution Comity as Joey Santos. Kreidie did extensive research and made sure her position paper was very powerful and confident. Many people who are apart of the conferences go to win an award so it was very important for her to be extremely prepared.

Nikki Adeli, a senior, represented Iran on the Commision on Crime Prevention and Criminal Justice, otherwise known as the CCPCJ.

To register for the Model U.N. conferences, you must have a group. You then select what country and comity you would be interested in representing. Once you have been selected you write a position paper and come prepared with research and ready to speak with others to come up with a resolution.

“It was a great opportunity to learn about world events and crises in a really fun and informative way.” said Adeli.

This was the first year SLA was able to travel with others from 4 different schools in the Philadelphia area. Model U.N. brings people from around the world together to talk about current and past events, teaching students history, economics, and politics in a different way.

“Groups of people who never imagine talking to each other come together and are able to rewrite the past and work toward possible deliberation in the future.” reported Kreidie.