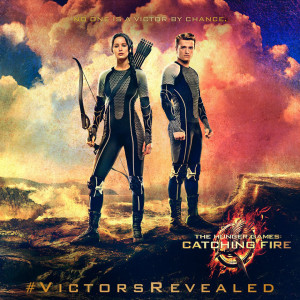 You read the books and flocked to the movie theaters in March, 2012. Everyone ate up the dystopian, action packed franchise that is the Hunger Games. The first installment in the Hollywood rendition of the award winning book, by Suzanne Collins, left fans begging for more.

After nearly two years of anticipation, the sequel, “Catching Fire”, hit theatres on November 22nd. With more than 161.1 million in the box office, it’s already a huge hit.

Some critics were worried for the success of Catching Fire due to the new writers, Simon Beaufoy (Slumdog Millionaire) and Michael Arndt (Little Miss Sunshine). The franchise also hired a new director, Francis Lawrence (Water for Elephants). It’s safe to say these concerns were unfounded because the entire cast has shown up and shown out.

The writers captured the emotions portrayed in the novel to near perfection. The director experimented with different camera angles, using close ups for intimacy and wider shots to show the entirety of Panem and the movie’s fantastic effects.

Catching Fire opens up with Katniss Everdeen(Jennifer Lawrence) and Peeta Mellark(Josh Hutcherson) preparing for their Victor’s Tour around the 12 districts. Katniss has become a symbol of resistance to the 12 districts. An uprising is beginning and the Capitol is doing everything they can think of to bring a stop to it before it can bring the fragile system of government crumbling down.

New actors Sam Claflin (Finnick Odair) and Jena Malone (Johanna Mason) brought new emotions and perspectives into the Games. They portrayed the loss and negative affects the Capitol has on it’s citizens from all walks of life.

Catching Fire has successfully been transformed from a YA novel into a captivating movie for not only teens, but adults as well. We haven’t seen a series so artfully crafted from paper to the big screen since Harry Potter.

Catching Fire was widely received by the public and critics alike as one of the best movies of the year. Smooth directing and fine acting molded it into a more than satisfying second installment in the award winning franchise that will not doubt be highly regarded for years to come.