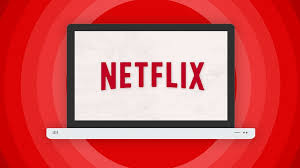 What’s the last show that you binge watched?

Netflix has had many successes with creating their own series such as Orange is the New Black, House of Cards, Marco Polo, and Arrested Development. On February 27, at 3 a.m. the new season of House of Cards was released. It been all people talk about at school,

The popularity of binge watching has increased with the presence of Netflix. Before the online streaming service existed, people would have to buy or rent a particular show. Now they can access it instantly.

“I have seen students watch shows during class. I hit the spacebar and immediately ex them out. It’s a tool that provides both education and entertainment.” History teacher Jason Todd reports.

SLA being a technology based school where students have their own laptops encourages students to misuse their laptops.

“If you’re not binge watching and seeing your reflection in the computer after every episode regretting your life decisions, are you really watching the show?” Says senior Marlyn Mooney. She also enjoys watching Grey’s Anatomy, Breaking Bad, and Bobs Burgers.

However, others enjoy watching shows when the air on TV. Sophomore Jaiye Omowamide stated that  “It’s kinda fun when they air on tv because others watch it and you can go back the next day and be like oh my god did you see that!”

Are teachers binge watchers as well? Or are they immune to it?

“It’s difficult if I had my own laptop during high school, I would have battled with it too. I currently binge watch House of Cards but with so little time I’m only on episode 6.” Mr. Todd states.

Many people love sitting down and opening up Netflix and watching episode after episode of a show. Netflix gives them the ability to do this. However others prefer watching only one episode per day or week. The great thing about Netflix is that you have the freedom to do so if you wish. If you want to catch up to a current season that is airing on tv you can!