On May 3rd, 2016 President Barack Obama issued a federal mandate that orders public schools to allow transgender students to use the bathroom of choice as well as their prefered attire and pronouns. The Obama Administration cited Title IX, which prohibits the harassment and discrimination in public education of the bases of one’s gender, to legally justify the mandate.

With his promise to protecting the LGBTQ Community and its members, which can be viewed here, it was assumed that President Trump would uphold the protection put in place by his predecessor. 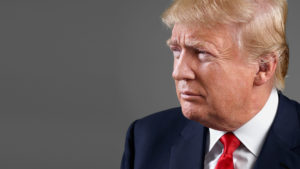 However on February 23rd, the White House formally dismantled the mandate, effectively leaving the issue of transgender rights and protections up to individual states.

This decision apparently caused a rift in Trump’s Administration between Attorney General Jeff Sessions and Secretary of Education Betsy DeVos. With the former, predictably, advocating for rescinding the federal guidelines and the latter opposing withdrawing the protections.

DeVos stated that ,“This is not merely a federal mandate, but a moral obligation no individual school district or state can abdicate this.”

While Pennsylvania overall may not be the best state in regards to Transgender rights, with an absence of any protections laws in place, Philadelphia has been pioneering the way for the rest of the state. Last spring, the district announced that students would be allowed to use the bathroom of their preference, wear the attire they are most comfortable with, and be addressed by the pronouns of their choice.

Hite also stated that Philadelphia’s transgender policy wouldn’t have changed regardless, since the city’s policies aren’t tied to the ones set up by the Obama Administration.

Counselor Zoe Siswick, who supports and advocates for transgender youth, offers her take on the matter.

She agrees that the rescinding is a regression, one of many, on Transgender rights and protections under Trump’s Administration,.

At SLA, the school seeks to support its transgender students by allowing transgender students to use the bathroom of their choice and providing access to staff bathrooms if need be. Students are also encouraged to refer to their peers by the pronouns they are most comfortable with.

English Teacher Hanako Franz, founder of the Queer-Straight Alliance at SLA, also gave her opinion on the matter.

“As someone who had worked with a lot of queer students, students questioning their sexuality or figuring out their gender,” Franz stated. “I’ve encountered a lot of students who don’t feel supported and end up not coming to school.”

Ty Ellerbe, a transgender student at SLA, has a more grim take on the withdrawal and the legislative action yet to come.

“Trump speaks for the majority of a lot of people, and a lot of people feel like transgender rights aren’t important, he’s bring to light all the people in the shadows and their bigotry,” Ellerbe went on to say.

With Trump’s presidency still in it’s infant stages, it’s impossible to predict whether this withdrawal sets a new tone for the next four years.