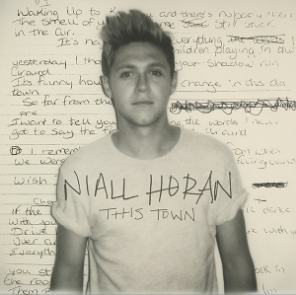 It’s been almost a year since one of the world’s biggest boy bands, One Direction, went on hiatus. Niall Horan just recently put out one of his first solo songs, drawing a lot of attention to himself on September 29th with the release of “This Town”. Many fans were shocked, thinking he would have been the last out of the other three members to put out solo music and potentially a new album.

These type of events have happened to other large boy bands, such as N’Sync and the Backstreet Boys. Justin Timberlake is a great example of branching away from his band, releasing music of his own which gained him more fame than he already had previously. “Like I Love You” was released in 2002, being the first song after he decided to pursue a solo career.

The main difference between that situation is that Niall is only doing a solo project, which does not mean he fully left the band like Zayn did, and also how Justin left N’Sync. All of the members are doing their own things as they were granted a hiatus after touring and producing music nonstop for almost five years.

Horan’s soft voice compared with the simple cords of an acoustic guitar easily makes this song very calming. The chorus is very catchy, goosebumps appeared during the line of, “Everything comes back to you.” The song itself is very simple, yet very catchy. It tends to make you randomly sing along to it, due to the occasional repetition of the lyrics. So far, the song has been a large success.

“This Town” makes you picture a scene in your head with the lyrics Niall sings, “And I remember everything from when we were the children playing in this fairground” letting you get a sight of the emotions he was feeling during the writing of the song. His feelings toward this special person are highly shown, but it’s fun to think he’s singing about you while listening.

The black and white filtered video containing Niall performing “This Town” live with just him, a guitar, and a microphone creates nostalgia for One Direction fans. This is because they compare it to the “Little Things” music video which was released in November of 2012.

Niall has always been my favorite ever since I started liking One Direction, and obviously it is a bit weird to only hear his voice while listening to this song. I support the choices he makes in terms of making music, but I hope that he doesn’t stay solo. I love all of the members together, since it is what I’m used to hearing.

I feel that it’s almost incomplete with just one person singing, though. All four of their voices are unique and blend nicely. I respect Niall’s decision of wanting to make his own type of music, but also appreciate how it is staying in the genre of pop, which is the main style of One Direction’s music.

Niall himself admitted how he eventually wanted to release an album of his own, and then go on a tour to promote that album. Again, I would absolutely support his music and tour but there would be even more of a scare that One Direction will no longer come back together as a band. I have faith that one day all four of the members will be ending the hiatus, because me and loads of other fans are so ready to have another tour and new music to look forward to.