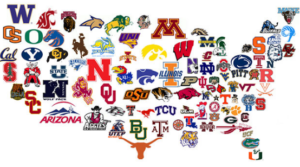 When twelfth grade arrives, Seniors have to think about their future. Therefore, they start applying to colleges. But, how do they feel about the process?

As Senior Aaron Watson-Sharer said: “It’s extremely stressful because you are trying to do the best for your future”.

Senior Jared Bauer explained “The process is really frustrating, especially when you have to deal with the deadlines. You also have to be careful, project yourself in the right way, etc.”

The process of college acceptances can be broken into several phases, described below.

World History Teacher and Senior Advisor Jason Todd added: “It’s a nervous tension when they are waiting for acceptances. For example today, many of my advisees were going to receive the acceptance or rejection from important colleges, such as the University of Pennsylvania,” he said.

“I’m glad that many of my advisees who applied for Drexel University were accepted and it was very exciting. On the other hand, we also have very hard conversations with students who got into the colleges they wanted to but they can’t afford it.”

Bauer explained “I have already been accepted by five colleges, and it feels good because you know that they are appreciating your work for the past couple years; I was really excited when I knew that I had been accepted by UPenn. But anyway the waiting makes me more anxious, I have also noticed I have less hours of sleep, and I can’t focus on my work.”

Bauer also expressed some concern about the process and how it affects social life at SLA:

“I think that we are a really good class because we support each other but sometimes it’s impossible not to be jealous of some people who have been accepted by certain colleges.”

Seniors also try harder in their last year, to earn good grades and be able to opt for the best colleges. They also have to take their SATs, which makes their year even more stressful as Bauer explained: “The SAT exam is extremely stressful because it can dictate the rest of your life.”

Todd said what he noticed as a Senior teacher and advisor that they are sometimes not able to concentrate well, and that:

“I can see that they are stressed for other things like college acceptances and not only benchmarks when we are in class. I couldn’t describe how do they actually feel, but we, teachers and Senior advisors, are the ones who feel bad for them.”

Most of the students are yet receiving news from the colleges they applied to and some have already been accepted by their dreamed college. For example, Senior Jared Bauer, even if he didn’t get accepted in all the schools he applied to he got accepted into eight, one of them being the Wharton Business School in the University of Pennsylvania, which was his top choice.

Senior Imani Weeks also stated “I was denied at 2 or 3 schools, so I was initially disappointed. But the other acceptances counter acted that and I was able to focus on them to see where I will go”.

Many of the Seniors feel better now that they know the colleges they have been accepted to. In the end, Weeks got into Harvard and accepted their offer.

“It’s a giant weight off my shoulders now that I know what schools I was accepted into,” she said. “My anxiety is relieved. The anxiety of ‘Am I good enough?’ has worn off with my acceptance letters. It feels nice not to have to stress about it anymore.”

“I feel relief. A burden that has been weighing on me for years, especially this last year, was lifted off my shoulders. I did not enjoy the waiting and even if I hadn’t gotten in where I want (which I did) I think I would be happy that the process is over.” explained Bauer.

The Waitlists and Denials

Not everything is happiness and joy, disappointment is or has also been present in Seniors. Being denied or waitlisted “feels the same way” as Watson-Sharer said.

“I bet most people feel great relief. In my case I feel disappointment because the outcome I have is not what I sought,” he said.

Most of the Seniors explain how being denied or waitlisted feels like being told that “they’re not good enough to enter their college”.

“Getting denied is not fun,” Bauer agreed. “The schools that denied me I don’t really mind as much now because I’m where I wanted. But at the time it was very frustrating because I personally felt that I did all I could to get into these places.”

He also explained a different situation for his some of his friends: “I am disappointed for some of my friends who worked very hard and didn’t get in where they wanted. This has stopped this time from being completely joyful for me.”

Even if being waitlisted or denied is a tough pill to swallow, it should just be a motivation for students to work even harder and show to the colleges which denied them what they have missed out on.

“I just have to keep striving to do better,” Watson-Sharer said. “The only person I can improve upon myself was yesterday and I keep this in mind.”