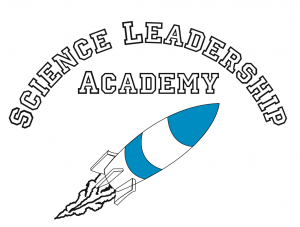 The months of November and December are very busy here at SLA. Over two weekends, 1,002 students from all over the city came  to this campus and be interviewed as prospective students. The part of Interviews that students at SLA are really are eager for, is signing up to volunteer as a helper for those days.

According to english teacher Larissa Pahomov, SLA had a record number of student sign ups to help out with the interview days as floaters, interviewers, and other jobs. This was in part because SLA  Beeber students who signed up as well. But why did a record number of students want to “waste” their weekend to help out with the future of the school?

For some like Junior Aldo Caushaj, Interviews bring back a sense of nostalgia. “ I remember my interview and I remember being so so nervous and the students in the writing room helped me calm down.”

When asked about his look on interviews Caushaj described it as, “a great experience, I actually like the interviews cause your getting a look at a student, and not a piece of paper.”

“A student could have good resume, but where’s the personality. When you go work you have to communicate with others. I want to see the person who is going to be the new part of this school.”

“Interviews are integral to SLA, but they are tricky when interviewing stressed kids,”  said Mezzaroba.

They agreed that when you interviewed a nervous candidate, it took away their time to shine as an individual and made the candidate feel more monotonous. The point of interviews is to make people comfortable and calm in a very stressful time, but it’s not just the students who play a big role in this process, the teachers are working harder than ever.

Her first interview process for this school was in 2008, and since then veteran teacher Larissa Pahomov has seen a lot change since then.

“The biggest change is that now we interview kids with students from both campuses.” The new SLA Beeber may have opened not too long ago but this is the first time that students from both places interview prospective eighth graders and it certainly is not the last year.

Pahomov stated that one of the greatest things about interviews is, “seeing current SLA students blossom” and taking interest in the future of their school. However one challenge that she brought up, and other students did as well, was “keeping interviews personal.” To crank out interviews in ten minutes is what she described as a “meaningful machine.”

Interviews are done for the year, but  the effect of them will reach far into the future. Of the many students who interview, only 250 will end up coming to SLA Center City or SLA Beeber next year — so for most of the 8th graders who interview, this is their only real connection to the school. Making a good impression and not feel stressed about the whole interview process is very complicated when you are taught that your high school determines the rest of your life. So many students here care about each interviewee and their success of getting into this school which is only something that you can find at SLA.