Who will the Houston Texans draft at Number 1?- Sports Talk with the Straight Shuter 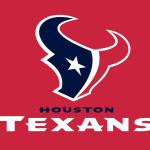 With the NFL draft fast approaching the question on everyone’s mind is, who is going to go first? The Houston Texans are the proud, or embarassed (depending on the way you look at it) owners of the first overall pick in the draft. Similar to the 2012 Indianapolis Colts, they are actually a pretty solid team, they just need a quarterback. Unlike the Colts, there is no easy no brainer top notch quarterback in the draft this year. The best player in the draft is South Carolina defensive end Jadeveon Clowney, the Texans already have the best defensive end in football in JJ Watt. The next best players are Clemson wide receiver Sammy Watkins, Buffalo outside linebacker Khalil Mack, and Auburn offensive tackle, Greg Robinson. The Texans could use any and all of these men, but do not need one the same way that that they desperately require a new quarterback. This leaves the Texans with four options:

Clowney is clearly the top player, the Texans might be able to trade up and even wait for a quarterback in the second round, but there is no other player like Clowney. With Clowney across from Watt, the Texans would have the best and scariest pass rush in all of football, and would completely dominate on defense. The Texans are no stranger to taking a defensive end first overall as they did with now Buffalo Bills defensive end Mario Williams.

At this point this seems to be the least likely option of the four. The top quarterbacks in this draft are Texas A&M’s Johnny “Johnny Football” Manziel, USF’s Blake Bortles, and Louisville’s Teddy Bridgewater. At this point the only two I could see the Texans taking are Manziel and Bortles, and both of these men come with a huge risk factor. It would be a shame and a waste if they pass on Clowney, and take one of these men and they end up being a complete bust (which has happened to the Texans before with now free agent quarterback David Carr).

The Texans have expressed interest in Khalil Mack, and could even be interested in Sammy Watkins here. Both of these men fill more of a need than Jadeveon Clowney, although may not be as talented, as Clowney has the very possibility of being the most elite defensive player in all of football.

4) Trade the Pick Away

This is looking more and more like what the Texans would love to do, although at the same time it is looking less and less likely to happen. The Texans have expressed interest in Khalil Mack, Johnny Manziel and Blake Bortles, and would be open to a trade so that they can grab one and stockpile extra draft picks in the process. The problem is, no one want to give the Texans their picks since this is one of the deepest most talented draft classes in ages, and perhaps ever. 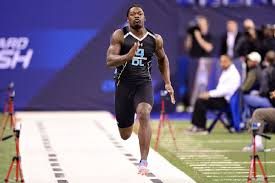 My Advice: Option 1, take Clowney. A player like this doesn’t come around every day, this would give the Texans the best pass rush in the league, and they can draft someone in the second round. Who knows maybe the quarterback they get end up being a star. At the very least they still have quarterback Ryan Fitzpatrick who can hold them over until next year.