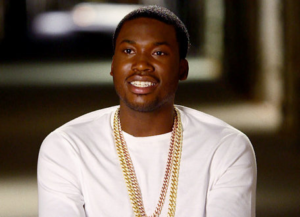 With the success of his fourth studio album “Championships”, collaboration with Jay-Z and reunion with previous rival Drake. American rapper and Philadelphia native Meek Mill has been a trending topic.

However, an aspect about him that tends to be overlooked is his work with the prison reform system. This could be due to his notorious past. When Mill was 18 years old, he was put on probation for assaulting a police officer.

Since then he has been on parole and sent to jail on a few occasions. His most recent arrest being on March 10th, 2017 for assaulting two pedestrians. During his trial, the judge presiding over his case would show up at his community service and commit other irregularities.

Furthermore, evidence regarding previous cases were brought up once again, causing Meek’s lawyer to be suspicious of the justice system.

This is what piqued Mill’s interest in reforming the prison system.

Before the release of his recent album, Mill starred in a two-minute short film titled “Prisoners Deserve a New Set of Rights”, advocating the urgent need for reform in the criminal justice system.

In the video, Mill shares the many injustices that people who are being arrested might face. He explains that men of color are 5 times more likely to be incarcerated than white people who are convicted for the same crime.  In addition, black offenders who are proven to be guilty end up getting a longer sentence than their white counterparts.

Mill took the opportunity of creating a new album as a way to not only rap about his life, but to create another platform for prison reform. Throughout the record, he uses many songs to shed a light on the issue.

Senior Dayanna Hughes shares the importance of the message that Mill is sharing.

“His song Oodles O’ Noodles Babies talks a lot about the inner ‘hood works’,” Hughes explains. “He talks about how sometimes the misfortunes that people face are inevitable due to the environment that they grow up in and how changing that, can positively change the system in general.”

Senior Lauryn Lewis, a long time fan of Meek Mill shares how he has matured throughout the years.

“You can really tell how much he changed and how he’s more informed.” Lewis shares, talking about how Mill’s music and public speaking has advanced throughout his career. “He doesn’t just say that we need to change the prison system, he actually talks about different cases that have been unjust.”

Throughout the year, Mill has devoted himself through activism in the past and has been known to put in a lot of work into not only his music. However, Hughes feels as though Meek should be using his fame and spread his message about prison reform to other influential artists

“I believe that Meek Mill shouldn’t be the only celebrity face of prison reform,” Hughes explains. “I can see him partnering up with other influential celebrities like Jay-Z or even politicians. I think that it is a teamwork effort.”

Although he’s one of the few celebrities making a public effort to change the criminal justice system, Mill’s current work and future plans will always be relevant, especially with his hometown being Philadelphia.

He has been receiving endless support and praise from people all throughout the city, whether they’re a fan of them or not.