I’ll be the first to admit that I, Fatu Castillo, am a weenie.

There, I said it, you can write it on my tombstone but I just don’t have the nerves for horror movies. Dark hallway with flickering lights? Nope. A poorly lit room filled with mannequins? Nope. Creepy looking antique dolls that move mysteriously? Nope.

Call me any name you want but I’ve learned to take anything mildly scary as a serious threat; I’d rather not have a heart attack when some demonic monster jumps onto the screen.

Which is why I was pleasantly surprised when I could sit through Split without dying. 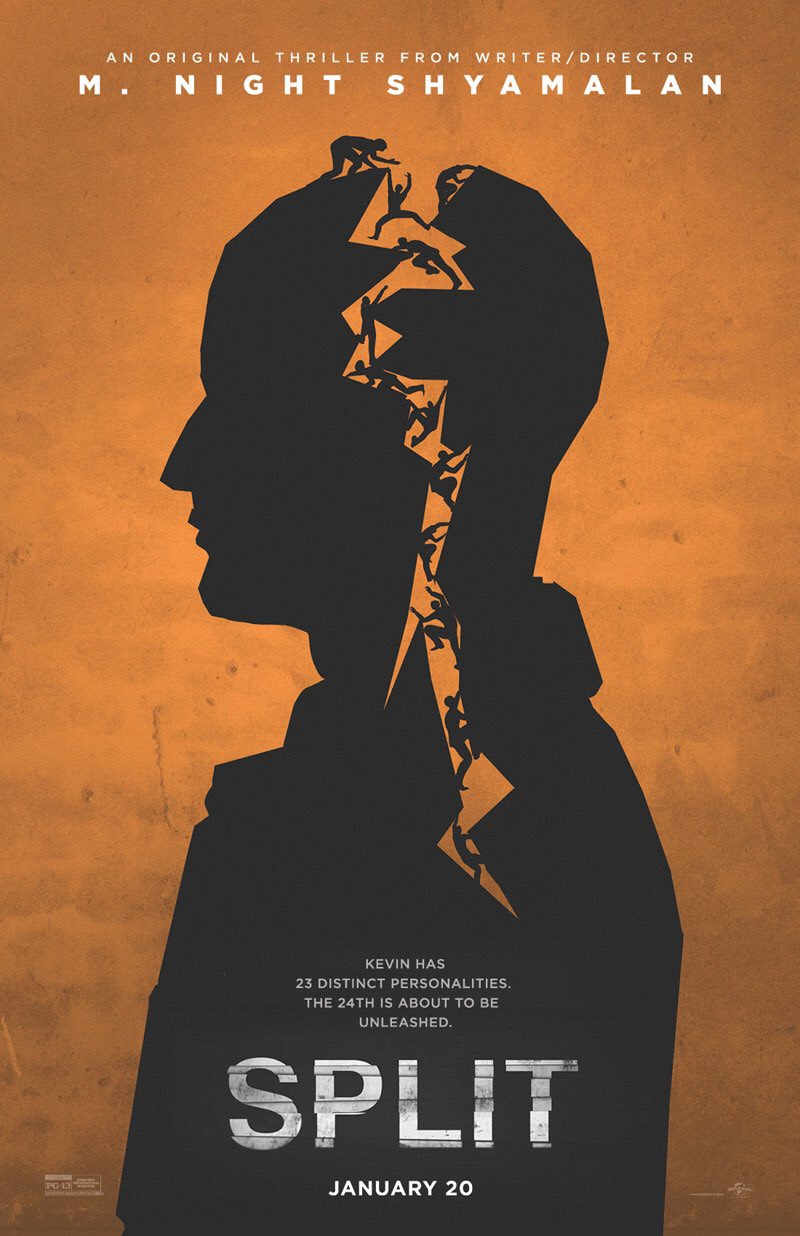 I went into this movie thinking that this movie was going to be a complete horror-fest.

The trailer made it look like there was going to be some kind of weird transformation, a little bit a cannibalism, and something happening with a dead buck.

And none of that stuff ever really came up during the movie. I mean, it happened but I never got see any of it. Yes, the bad guy did transform into some kind of monster but it was in a dark room. Yes, someone did munch on someone else but I couldn’t see the gore. And yes, there was a scene with a dead buck but it was hunting related.

There really wasn’t any horror going on in the movie, I felt relieved because I’m a Weenie and was misled because the trailer made it out to be the next Texas Chainsaw Massacre. So the trailer wasn’t the best thing to go by on what to expect, go figure. Overall, the movie wasn’t that scary to watch; if it had been then I wouldn’t have been able to watch it.

To start off, the plot had more holes than a broken, abandoned street in the middle of a ghost-town. There’s a scene where the obvious escape route was completely ignored in favor for an arbitrary reason. A character claims to be bullet proof, yet still feels the need to dodge said bullets and not charge at his intended victim. Several obvious instances where the bad guy can be killed yet no know thinks to pick up the newest sharp object and do it.

And my personal favorite, an old woman, who was fairly logical up until this point, goes off in the middle of the night to check if everything is okay, knowing there might be danger, but decides to keep her mouth shut and bring backup.

You know what I’m talking about, avoidable stuff.

But aside from some, a lot, of obvious mistakes, it was entertaining to watch. It didn’t exactly come off as the horror movie it was marketed as but something closer to a suspenseful mystery.

I had to keep track a background details like some desert conspiracy theorist to piece together what the heck was happening. There’s a lot of backstory that I needed to pay attention to otherwise nothing would’ve made sense. Though it started getting tiring after the movie tossed me seemingly key backstory without any context whatsoever for the fiftieth time, but that’s just me.

And the ending was a piece of work, I left feeling happy that at somebody survived yet exhausted knowing that a sequel probably gonna come out in the next couple of years, joy.

So would Split be worth your ticket fare? Probably not, if you’re looking to pee your pants, you might wanna save it to see Get Out or Rings. But yes, if you’d like to be at edge of your theater seat noting down minute details and trying to piece together a puzzle.